Christine Wigfall Morris, affectionately known as Miss Chris, was hired by the City of Clearwater, Florida, in July 1949 as its first African-American librarian. Prior to working for the city, she had never been inside a public library because local segregation practices did not encourage African Americans to visit one . . . Morris helped to spearhead the opening of the facility designated as the Negro Library in April 1950, located in a storefront. An innovator even then in terms of library services, Morris implemented a voter registration program, began a tutorial program for residents preparing for high school equivalency exams, and started a summer program for children featuring storytelling, movies, and puppet shows. - from American Libraries Magazine, March 16, 2011.

Morris helped establish the Edward Allen Henry, Jr. Special Collection on Negro Culture and History at her library in 1970. It is now known as the Christine Wigfall Morris African American Collection at the Clearwater North Greenwood Library. The collection was renamed in her honor upon her retirement from the library in 1982.

Christine Wigfall Morris: Stories of Family, Community, and History recalls Morris' 33 years as a librarian and community leader in Clearwater.

Issues are available on microfilm from 1925-1989 at the Clearwater Main Library.

Cataloging and processing digital copies from the microfilm is an ongoing staff and volunteer driven project.

A selection of these photographs have been cataloged and shared on Pinellas Memory. Initial coverage includes library and city events and locations, followed by local community organizations.

What's What in Clearwater Collection

“What’s What in Clearwater” began in 1933 to welcome winter visitors to the city and to inform them about the many places of interest in and around Clearwater.

The Clearwater Public Library System maintains a popular collection of city directories, useful for researching people and businesses over time. A selection of this collection has been digitized and is available for searching at archive.org.

Explore Clearwater history on Internet Archive. Highlights include the Aqua Clara Yearbook from Clearwater High School (dating back to 1916).

The Pinellas Genealogy Society is located at Largo Public Library, where they offer free classes, additional research databases,print material and in person assistance.

Drop in or make a reservation to preserve your family history using our digitization stations.

Digitized issues are available online from 1914-1989 through Pinellas Memory.

Cataloging and processing digital copies from the microfilm is an ongoing staff and volunteer driven project.

Issues are available on microfilm from 1925-1989 at the Clearwater Main Library. 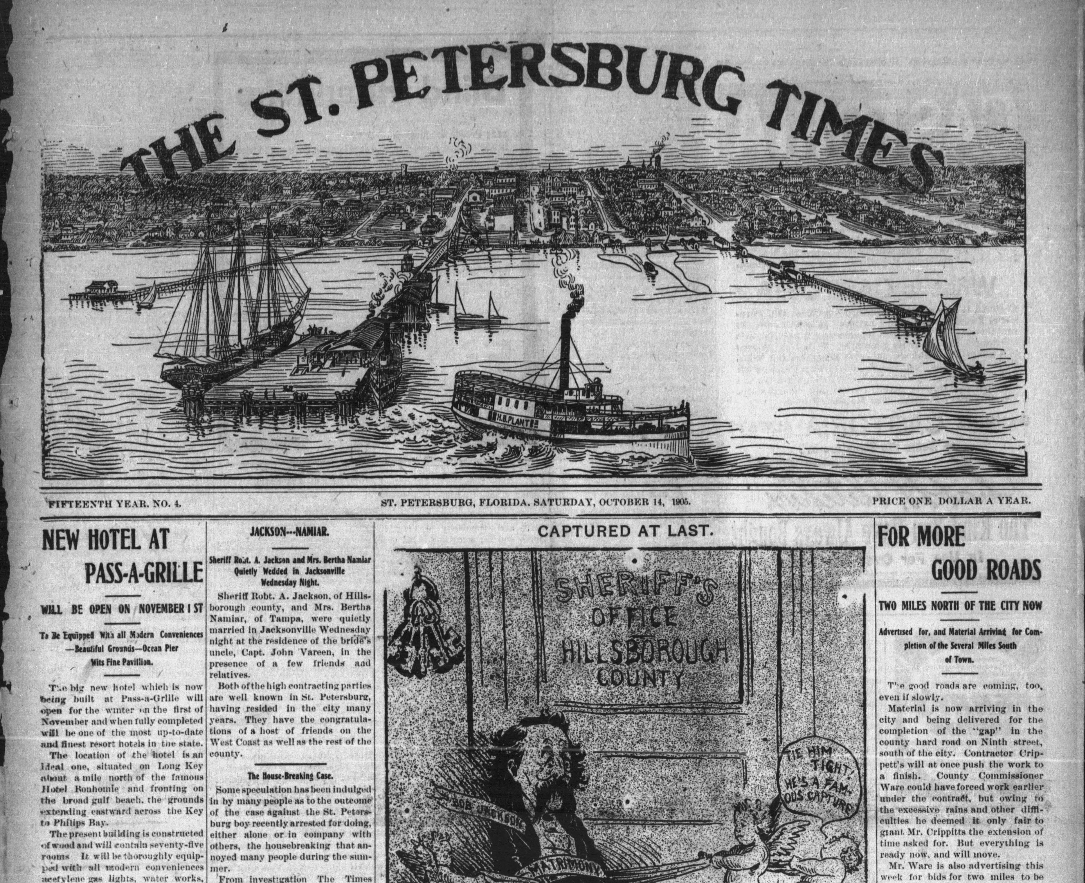 Search through more than 100 years of St. Petersburg Times (now known as the Tampa Bay Times) newspaper issues. Full-text searching for all available issues. You can download PDF versions of issues for later research.

Search through current and past Tampa Bay Times articles, blogs, and web-exclusives. Coverage for the print edition runs from 1987-present and includes both full-text search and images for the current year's issues. Web content is covered from 2002-present and blogs are covered from 2005-present. Content can be downloaded for later reading. 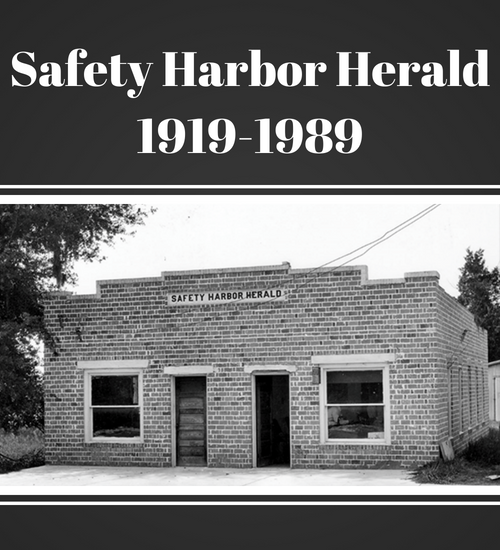 Wickman Collection of Books of the Sea

The initial Wickman Collection of Books of the Sea was donated in 1962 by the Clearwater Power Squadron Boating Club in honor of fellow member, author, photographer, and yachtsman Carl Robert Wickman.

The original gift of 300 books was expanded by the Power Squadron and is continually developed and refined by the Clearwater Public Library System.

The current collection consists of more than 2,000 items focused on marine topics. It is housed on the third floor of the Clearwater Main Library.

The following are available on microfilm at the Clearwater Main Library:

The Clearwater Main Library maintains a collection of vintage magazines going back to the first half of the 20th century, as well as current subscriptions to more than 200 magazines and newspapers.

The purpose of the Society is to provide for the preservation of the history of Clearwater, Florida and the Greater Clearwater area.